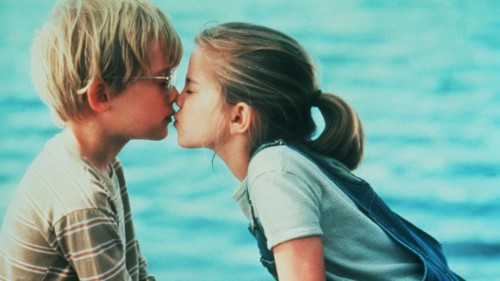 Susan Sontag is one of my absolute favorite authors to read from, so I will start with an article I read about her  and her ideas about the cinema being dead first and dive in to different concepts that found to be intriguing for myself. The first point that I would like to address is the differentiation between life and movies. Sontag points out that movies hint at how to be attractive, or tips that should help us out in this area of life. For instance, she uses the example that wearing a raincoat when it isn’t raining could be just seen as fashionable. Movies also allow us to be “kidnapped” by them, meaning engulfed, dedicated, and entertained not just physically but emotionally involved with the movie. Her idea of kidnapped is to be sitting among strangers, in a room that is dark, and allowing the viewers to focus on the film and the film alone, however her argument is that today that doesn’t necessarily exist any more because imagery is everywhere and it is hard to hold our attentions captive.

For a little while there were beautiful masterpieces of movies coming out monthly, but now, Sontag mentions, it is few and far in between. This is a point that I would like to stay on for a minute. My husband and I vent about this daily (me more than him). Movies, are not what they used to be, nor are they as ‘innocent’ as they used to be. There are a few points of why I say this, so bare with me as I go through them.

First of all, movies even in the 90s that had a PG 13 rating, meant there was maybe some profanity, but nothing intense, and nothing too often. A PG 13 rating could also mean there was some intimacy, but nothing too off the grid for kids to watch. Today that rating to me, has no purpose. I have seen PG 13 movies with some sort of nudity, or really in detail sex scenes, and that has bothered me how numb our society has become to these topics. Maybe it’s because I grew up profoundly sheltered, but I don’t think we need to advertise this type of thing in movies, since it seems our youth is getting this everywhere else for themselves.

Another point I would like to mention is the fact that today’s movies are either very similar to another movie, OR, they have to add a foundation of sex, or violence to hold their audience captive. It isn’t just about a great plot any more, it seems that is hard to find. I have resorted to watching movies about historical events, or even something on the complete opposite side of the spectrum which involves Zombie apocalyptic settings because there is typically less sexual activity and terribly written dad jokes involved in all of the sentences of the actors.

Because movies have become so popular, and written so fast, the quality has gone down (much like everything in this country). “In this country, the lowering of expectations for quality and the inflation of expectations for profit have made it virtually impossible for artistically ambitious American directors, like Francis Ford Coppola and Paul Schrader, to work at their best level (2)”. How true is this statement? Absolutely true. Just like the food we pump out on the daily full of chemicals and hormones and lack of quality, I feel this is the same factor for our music, entertainment, and films.

“If cinephilia is dead, then movies are dead too . . . no matter how many movies, even very good ones, go on being made. If cinema can be resurrected, it will only be through the birth of a new kind of cine-love.”

In the article 23 Fragments on the Future of Cinema, James mentions the same idea. The problem with cinema, isn’t a current problem because it is already dead. Dead doesn’t mean non-existing, and it doesn’t mean that there are not good movies and films coming out still today, but overall, it is dead (3).

The fact that we have a hard time existing in the real world, yet watch this alternate universe of our world is something I never had thought of before. I guess I have pondered upon it once in awhile, while watching ‘chick flicks’ and wishing I had a man that existed like they do in the movies, but I have never actually thought about that point in depth before.

“We are always, in the cinema, traveling into an imagined future in order to inhabit our ideal past.”

Something that stuck out to be a lot is the quote above. We watch movies, and try to access relationships between the movies and our life or our past events in our life that give us a grasp on what is occurring in the movie. It is almost a way to either create a relationship with the movie or find empathy for those in the movie. Also, the fact that films used to be more of an artistic expression, and now are half-alive, and turned into a way of profit instead of creating something visually inviting to say something important.

This article pulled up a lot of interesting points for me. “The point is that the “final episode” is always an embarrassment for a TV series, either an abrupt pulling of the plug by the network, or an admission of creative or audience exhaustion, aging, etc. TV series — even if not especially beloved ones — always seem to end either too soon or too late (4).” For the end of a TV show that has its last episode, or to a movie that has to have a second or third part in the near future that doesn’t do the first part any justice, or even to the new rule of the cinema that doesn’t allow food and drink in the cinema, but allows for its viewers to ingest fat and sugar in front of a screen, are all interesting points that may have killed the entire reasoning for this viewing experience.

Just as our culture has taken good things and turned them into profit margins only, so has cinema. I guess this is why in my own life I don’t allow my art to be sold at such a high cost. This doesn’t mean I don’t think its WORTH more, however, I know how easy it is to be wrapped up in the cost, and profit from something, and I would much rather just enjoy the experience and the feelings I produce among people looking at my imagery or those who are in my imagery.