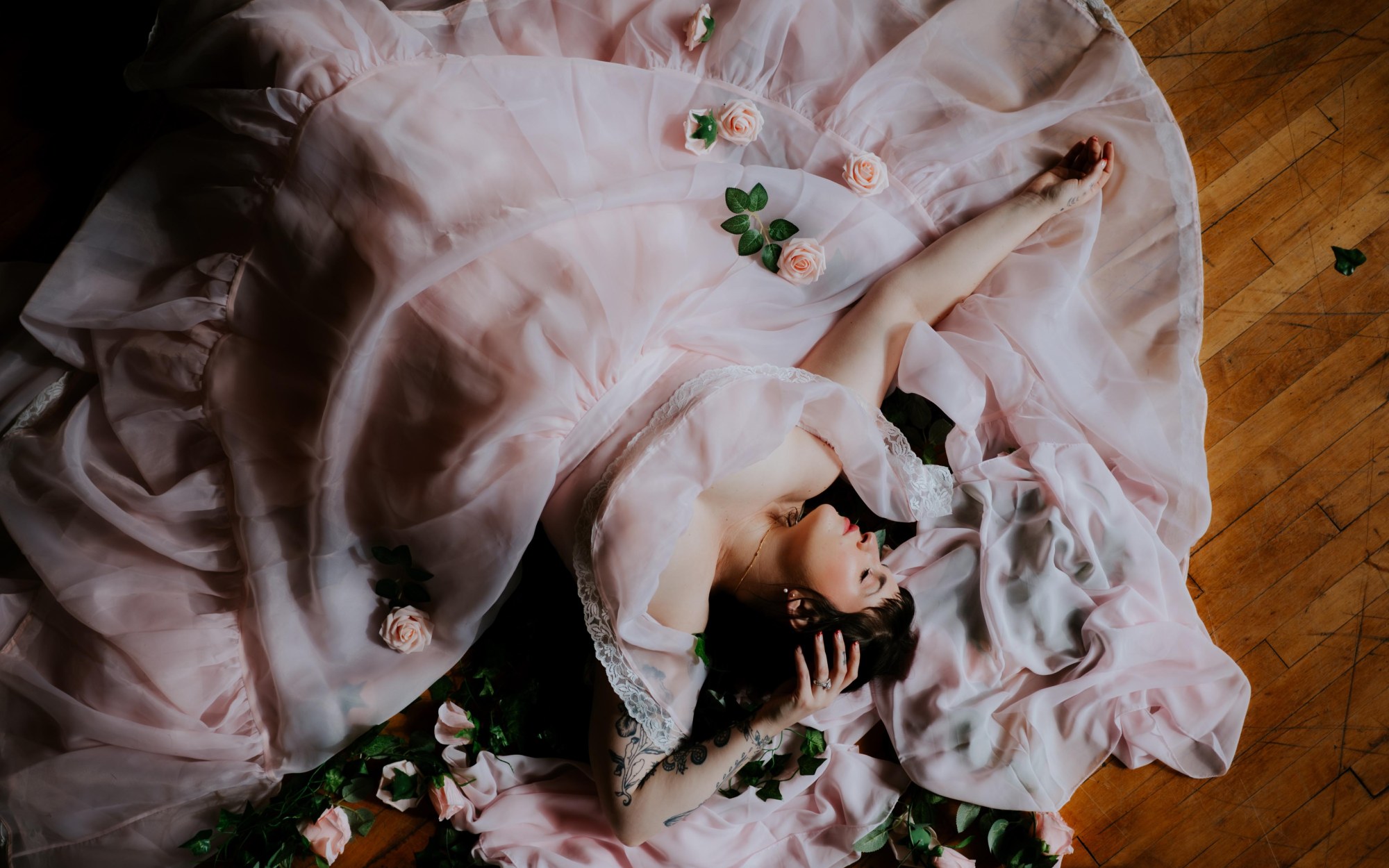 After Red, I photographed Lover.

One of my FAVORITE albums is this one. When Folklore came out, those of us who completely adored this album, we had too much to process… lol. This album is special to me for many reasons, but I’m going to hold on to all of that personal stuff for when I release my massive a million page blog post about Taylor Swift and these shoots.

This album was a bit more difficult to recreate because the album art and all the shoots surrounding it, including the music videos, were taken during summer. Most of the sessions included water or private garden areas. They could have been done in a studio but I’m thinking they probably took place somewhere in Europe.

For this specific shoot, Claire was all in. She even bought a dress from Selkie, and once that happened, I knew I had to up my game in the studio. We decided to focus on a dress that Taylor wore during the release of Lover, as she planned on making some clothing items from the album. This shoot was definitely an INSPIRED shoot since there is just no way I could recreate some of the elements taken place in her videos or shoots.

Forgive me, this shoot is still very new to me so I will be including too many images.. probably lol.

So the set up for this shoot was fairly complex because I had to layer a lot of backdrops to make it feel natural and not just a studio setting, but overall am super pleased with how everything turned out. The second portion of the session I focused on a specific song [The Man] and then original album art to get a feel for the floral, pastel vibes.

The blazer images are some of my favorite and they were mostly thought of last minute.

Finally, because she spent a good chunk of change on her dress, we went outside and did some imagery. I was thinking more of “Miss Americana and the Heartbreak Prince,” when she was running away in a ball gown. I love this song for SO many reasons [political intentions included], but obviously I was working in a winter setting – so I tried to do some of the same light leeks the album portrayed in the images.

Again, I just finished this shoot so – it’s still newer so I haven’t cut down many images [lol my apologies].

Inspiration for the shoot:

Up Next: Fearless [Taylor’s Version]